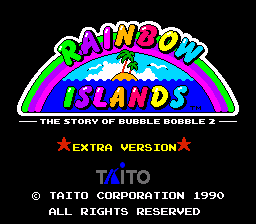 Rainbow Islands (Extra Version) is a variant of the original Rainbow Islands game with tweaked enemies and music. While this game was well enough understood that it was playable in MAME, it had some hacks to get around differences between the classic and extra version. While we've been interested to dump it from the beginning, our c-chip dumping process is destructive and unfortunately this game is relatively rare. However, Kevin Eshbach donated a chip in the spirit of faithfully preserving this game for generations to come. Thank you! 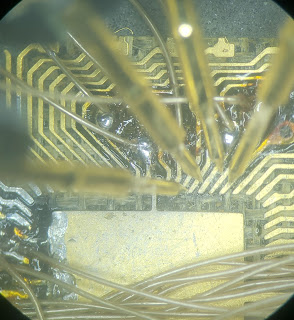 Originally we hoped to experiment with a tungsten probe card and/or pogo pin PCB to make dumping quicker and/or maybe even keep the chip alive. However, it's been sitting in inventory for a few months now and we decided to do the existing method in the interest of progress. After all, there would be nothing worse than sacrificing a rare game to get nothing at all! 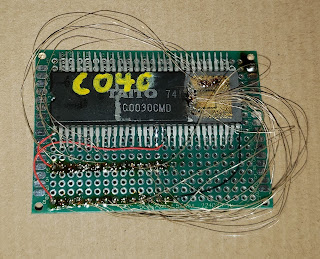 So the traditional procedure was done and successfully gave us a dump!

So what did we learn from the dump? First, some details about existing MAME workarounds. MAME devs observed enemy attribute and world structure differences that could be explained by simple table changes from the classic c-chip firmware. Additionally, some tables needed to be reordered due to level order changes. MAME developers then wrote a new extra edition ROM that behaved like the Taito extra edition ROM by tweaking the table data and adding code to swap table order.

However, it was expected that the real Rainbow Islands Extra c-chip ROM would reorder ROM tables according to the order expected by the game. To our surprise, Taito instead modified the pointer table.  Data structure aside, the table data itself matches the predicted values. Finally, the dump confirmed no fundamentally new features were added.