In a previous post we talked about capturing TGP ROMs and later discussed a project to digitize them. However, as digitization proceeded, the quality of digitization was going down. After a bit of sleuthing, we noticed we had overlooked something.

First, one thing that had been noticed was that some chips have this interesting alternating bit appearance (ex: 315-5677a): 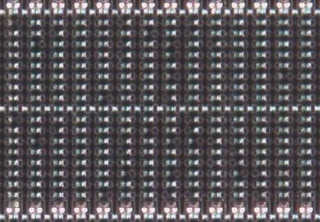 That is, the bits on the left of the column pairs are lighter than the ones on the right. Wasn't sure what to make of this, but most of the bits were resolvable, so didn't care too much. 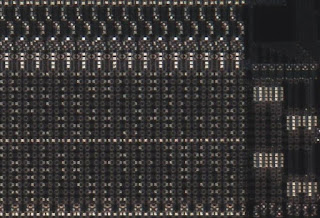 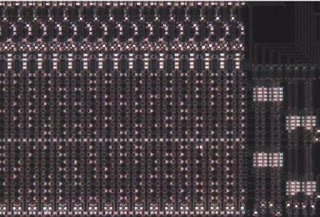 Other than some color differences, at first these look identical. But let's put them together: 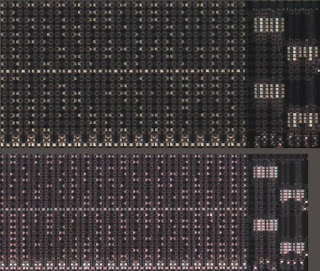 Aha! There was a slight process shrink. This turns out to be enough that it slightly reduced the accuracy of recovering some of the ROMs. Specifically, MB86233 is the large process, and MB86234 is the smaller process.

That aside, these dies are actually quite similar. 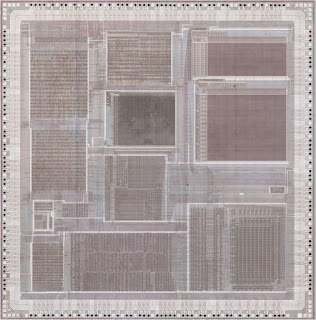 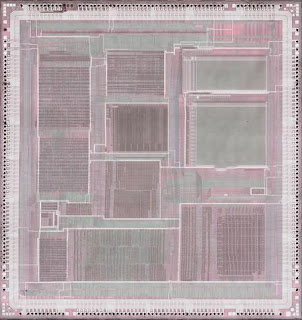 Following this, MB86234 were cleaned and re-shot at much higher resolution. This was a bit tricky as it made image stitching a lot harder, but most of the issues have now been resolved. 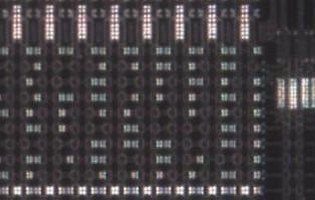 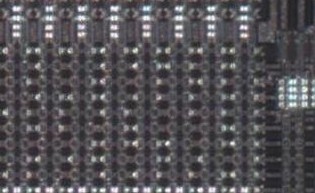 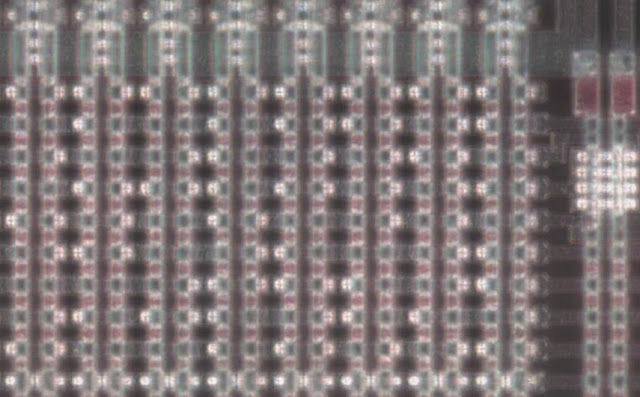 Although the contrast may not be as good, more detail is available, such as bits appearing as a + instead of a white blob. This allows, for example, differentiating a dust blob from a bit.

We are currently checking over results to see if the new results can be captured with CV or should be given to the typing monkeys. Most likely though we'll generate a CV reference and compare it to the crowdsourced result. We are also evaluating if any of the existing captured sets need to be re-done due to suspected errors. Hopefully though we can simply filter out inconsistent tiles and just recheck those.

One interesting tidbit is comparing die IDs. For example, here is 315-5677:

Here is a table documenting the relationship between the various parts:

In particular, there are duplicate IDs! Haven't looked over these yet to see if the ROMs are identical.

We have collected sufficient data to document the TGP ROMs, but need to spend some time sifting through it to determine next steps. Stay tuned on the MW forum for announcements from Monkey administrators.

Enjoy this post? Please support us on Patreon! Note: with the Indiegogo campaign over we unfortunately don't currently have a way to accept one time donations.
Posted by CAPS0ff at 1:08 AM No comments: